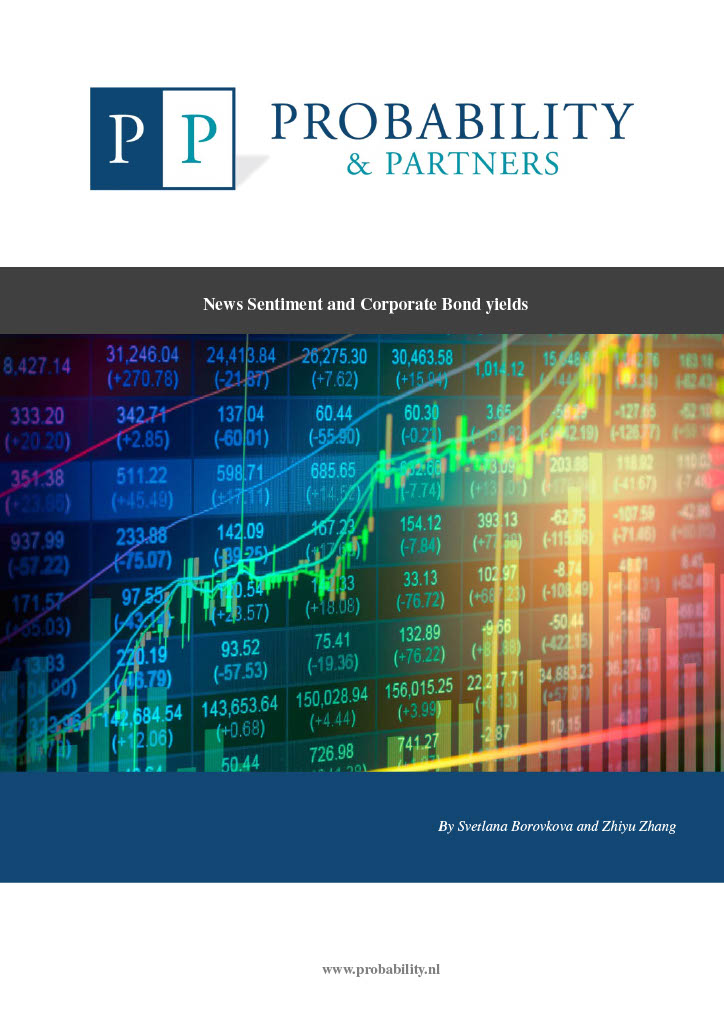 How company-specific news affect bonds issued by that company? This is the question we answer in this paper.

Using Refinitiv News Analytics and an extensive dataset of over 6000 corporate bonds of large US companies, we show that increasing positive sentiment of company-related news leads to a decrease in bond yields, indicating higher investor confidence. When sentiment deteriorates, this affects bond yields to a larger extent, meaning that, as in equities, more credence is given to negative news by bond market participants.

We employ regression models to demonstrate these effects on a company level, and show that companies with lower credit ratings are more likely to be affected by changes in news sentiment. Furthermore, simple sentiment-based bond trading strategies show improved performance over the bond benchmark. Finally, we note that news sentiment can be used as an effective risk overlay, to avoid losses on bond portfolios.

Sentiment in news and social media is a type of alternative data which is increasingly used as a signal in quantitative investing and trading strategies. For equities and equity indices, it has been repeatedly demonstrated that adding sentiment as a signal improves portfolio performance: it has a potential to generate alpha and to significantly reduce risk. However, there is practically no evidence on the impact of news sentiment on the performance of corporate bonds. With this paper, we aim to fill this gap. We explore the relationships between news sentiment and the yield spreads of US corporate bonds, using Refinitiv News Analytics and a rich dataset encompassing 6000 bonds of over 600 companies over the past 12 years.

Numerous studies have been conducted on the role news sentiment plays in equity markets, and sentiment-based signals are commonly used by trading firms and asset managers. Numerous papers by Borovkova et al. ((Borovkova, Garmaev, Lammers, & Rustige, 2016), (Borovkova & Lammers, 2018), (Borovkova & Mahakena, 2015), (Borovkova & Reiniers, 2021)) have explored various ways sentiment can add value in terms of return and risk, for equity and commodity portfolios: for example, by using it as a systemic risk indicator, in sector rotation or multifactor strategies. A recent study by (Dangl & Salbrechter, 2021), who also used Refinitiv News Analytics, has shown that financial news carry information that is not immediately reflected in equity prices, and news is largely priced-in within one day.

Although the interaction between news sentiment and equity returns has been explored to a great extent, the impact of sentiment in bond markets is much less understood. Evidence to that end is overdue, as bond investing attracts a lot of capital and is a crucial part of a well-diversified portfolio, especially during current volatile times.

At the time of writing, the stock market barely recovered from the crash induced by COVID-19 and is now under the influence of current global turmoil. The year-to-date return of S&P 500 index is a disappointing −13.31% and that of STOXX Europe 600 is −9.40%. Not everyone can bear such a downside. For more conservative investors, fixed-income instruments such as government and corporate bonds provide a better alternative. Fixed-income securities are characterized by their ability to provide a steady flow of cash, as long as the issuer does not default. Sovereign bonds of developed market are normally considered risk-free, but their return is unsatisfactory. The average level of 1-year Treasury yield in 2021 was only 0.2%.

Corporate bonds, on the other hand, generate better returns, while still having much lower risk than equities. The U.S. Corporate AAA Effective Yield last year was around 1.8%, which is tenfold of the Treasury yield. Being less volatile than stocks, corporate bonds have adequate liquidity and diversity, so that investors have the freedom to construct diversified portfolios and trade at any frequency.

One of the few papers on this subject: that of (Smales, 2016) – has shown that, for banks, there is a significant negative relationship between sentiment in news and changes in CDS spreads, and the relationship is asymmetric with negative news inducing a stronger effect than positive news. We are not limiting ourselves to a particular sector but investigate this relationship for corporate bonds of companies that are constituents of the S&P500 index. More precisely, here we investigate the following questions:

In the following sections, we address issues such as the data we use in our investigation, methodology and various models that are used to answer the above questions, as well as describe the obtained results. But for an impatient reader, here we already will outline our main findings: 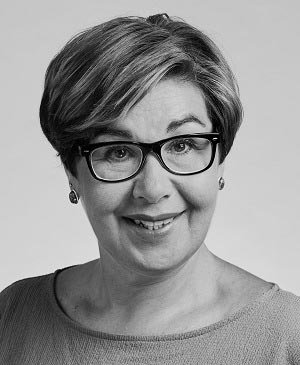 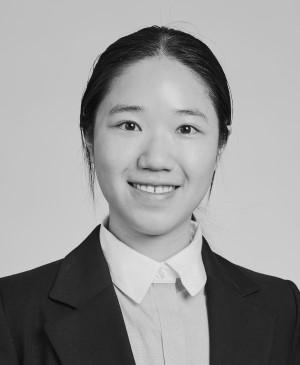 If our approach appeals to you and you want to know more about Probability & Partners, you can contact one of our people directly.